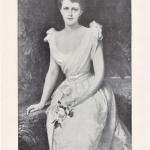 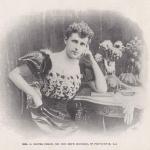 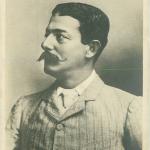 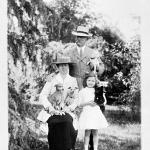 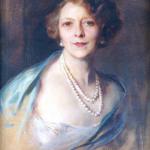 Mrs. Iselin bequeathed to the City of Aiken, Hopelands Gardens, the gardens in which the Aiken Thoroughbred Racing Hall of Fame is located. Mrs. Iselin, who came from a prominent Rhode Island family that founded Brown University, married C. Oliver Iselin in 1894.
Ms. Iselin was an avid sportswoman all of her life. She was aboard the America’s Cup defender in the 1890’s. She was
the first American woman to do this and it created such a controversy at the time that even the Daughters of the American Revolution expressed their concern. Mrs. Iselin played and defeated the Russian Grand Duke Michael in a 1900 golf tournament that was sponsored by the Prince of Wales. She was a close friend of the British royal family and was often invited to share their box at the Ascot race course in England. She maintained horse stables in America and England.
Although Mrs. Iselin walked among kings and multimillionaires, she and her husband were noted for their philanthropies. They organized the Aiken Hospital and Relief Society, which in 1917, built and equipped Aiken’s first hospital. They continued to support the hospital until it was replaced by the county hospital in 1937. Mrs. Iselin also served as a director of the Martha Schofield School for many years, when it was operated under private auspices for the education of young African-Americans.
The Iselin’s had a son, William, who died in childhood, and a daughter, Edith Hope. The daughter was educated at home by French governesses. The “Dollhouse” in Hopelands Gardens, was built for the Iselin children. It was restored by the Aiken Council of Garden Clubs.
The Thoroughbred Racing Hall of Fame is located in the Iselin’s Carriage House, which was built in 1902. The restoration of the Carriage House and the creation of the Hall of Fame began as an project of the Aiken Jaycees.
Mrs. Iselin died in her home in 1970 at the age of 102. She generously left Hopelands Gardens to the City of Aiken, thus ensuring that it’s beauty and history would always be a part of Aiken.
Hope Goddard Iselin
Aiken Thoroughbred Racing Hall of Fame and Museum
"Home of Aiken's Racing Champions"
Information: 803-642-7631
[email protected]
Hours of Operation
Tuesday - Friday 2 pm - 5 pm
Saturday 10 am - 5 pm
Sunday 2 pm - 5 pm
Free admission