Joan B. Tower was a deeply private, but powerful force in the Aiken community. She organized most of the financial and community support behind three of Aiken’s most distinctive landmarks: Hopelands Gardens, Rye Patch, and The Aiken Thoroughbred Racing Hall of Fame and Museum.
Mrs. Tower was born in New York City and was the daughter of Harold Spear and his wife, Helen.  Spear was a founding partner of  Spear, Leeds, and Kellogg, a specialist firm on the New York Stock Exchange. She graduated from Mary A. Burnham School in Northhampton, Massachusetts and Pembroke College, now Brown University.  Mrs. Tower held degrees in fine arts, drama, and interior design.  She opened her own fashion publicity firm and an interior design office in New York when she was a young woman.
Mrs. Tower was a design consultant in New York City until she married famed “Life” photographer Eliot Elisofon in 1950.  They traveled extensively throughout the South Pacific, Europe, and Africa.  It was during this time that Mrs. Tower became the first woman to climb the Ruwenzori “Mountains of the Moon” in Central Africa.  They donated their extensive private collection of African art to the National Museum of African Art, a part of the Smithsonian Institution in Washington.
They were divorced in 1964 and in 1968, she married Whitney Tower, the senior editor of  thoroughbred racing for Sports Illustrated.  The couple came to Aiken to cover the racing world and decided to make Aiken their home.  They lived in Joye Cottage, a historic Aiken home whose restoration was Mrs. Tower’s first serious project in Aiken.  The Towers were the last Whitney heirs to occupy this mansion, which was established at the turn of the 20th century by W.C. Whitney, New York business tycoon and Secretary of the Navy.
Though owning a summer home in Maine, Mrs. Tower spent more and more of her time in Aiken.  She was instrumental in acquiring funding and exhibits for the Aiken Thoroughbred Racing Hall of Fame and Museum.  The Hall of Fame opened within Hopelands Gardens in 1977 and she served as the Hall of Fame’s director until her death.  She was a key figure in the restoration and management of Rye Patch, one of two large adjoining Winter Colony estates that were donated to the City of Aiken for public use.
In addition to her work for Hopelands Gardens, the Aiken Thoroughbred Racing Hall of Fame, and Rye Patch, Mrs. Tower was also an organizer of the International Festival at the University of South Carolina in 1980 and the Aiken Polo Centennial in 1982.  She was named Woman of the Year by the Aiken Chamber of Commerce in 1979.
Mrs. Tower passed away in her Aiken home on February 1, 2000. 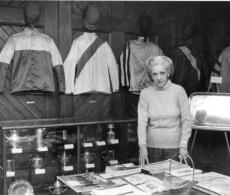 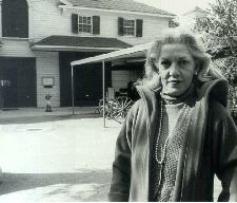