Whitney Tower Research Room
opens April 29, 2018 at 2 pm
The Whitney Tower Research Room on the second floor of the Hall of Fame. The room houses the Willard C. “Mike” Freeman collection of The Blood-Horse, a publication of the Thoroughbred racing industry. The room was made possible through a generous donation by the late Tower’s wife, Lucy. The room will be made available for research not only to middle, high school and college students, but to members of the equine community, the press, or anyone who has an interest in Thoroughbred racing. 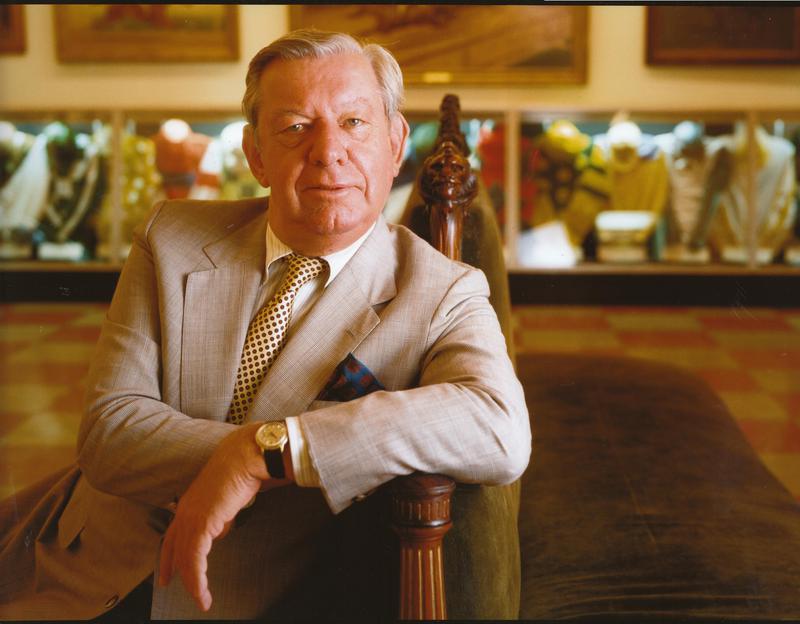 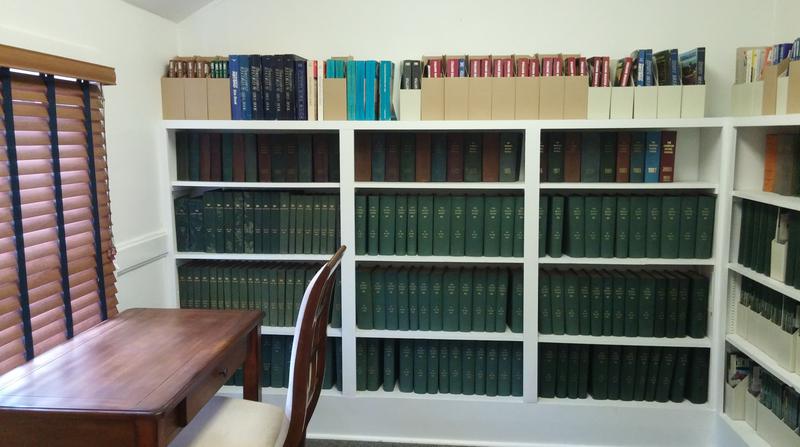 Whitney Tower was one of the most visible leaders in thoroughbred racing both as a newspaper and magazine writer and later as an official of the sport's archives. He wrote about the golden years of racing, of Calumet Farm's glory and of great horses like Citation, Kelso, Dr. Fager and Secretariat, and he later helped to create a museum in Saratoga Springs.
After a 22-year career as the turf editor of Sports Illustrated and five more years as turf editor of Classic magazine, he spent eight years as president of the National Museum of Racing and Hall of Fame in Saratoga, New York. During his tenure as chairman he supervised a major expansion and new directions for both the museum and the Hall of Fame.
Mr. Tower was born in Roslyn, N.Y., on June 30, 1923, the son of Roderick, who was an oil broker, and Flora Payne Whitney Tower. He was a grandson of Gertrude Vanderbilt Whitney, founder of the Whitney Museum, and of Charlemagne Tower, president of the Duluth and Iron Range Railroad and United States Ambassador to Germany, Austria and Russia. And he was a great-great-grandson of Commodore Cornelius Vanderbilt, the railroad
tycoon and founder of the family dynasty.
As a young man, Whitney Tower attended St. George's School in Newport, R.I., and Harvard College, graduating in 1945 with a bachelor's degree in English. During World War II, he served in the Army Air Forces, flying reconnaissance missions over North Africa, Italy and Germany. He became a sports reporter in 1948 for The Cincinnati Enquirer. Then in 1954 he became turf editor of the new Sports Illustrated magazine, covering racing events around the world.
Whitney Tower and his first wife, Frances Cheston Train, had four children: Alexandra Tower Hornblower Thorne, Whitney Tower Jr., Frances Tower-Thacher, and Harry Payne Tower.
In 1968, Tower married Joan Baker Spear, the former wife of Life photographer Eliot Elisofon. Tower spent time writing articles in Aiken, South Carolina, home
to the Aiken Steeplechase Association and famous for the flat racing and
steeplechase Thoroughbred horses that trained at The Aiken Training Track. They lived in Joye Cottage, a mansion built at the beginning of the 20th century by great-grandfather William Collins Whitney. While living there, the couple became instrumental in the creation of the Aiken Thoroughbred Racing Hall of Fame and Museum.
In 1976 Whitney Tower, along with E. Barry Ryan, founded Classic magazine,
a publication dedicated to Thoroughbred and Standardbred racing as well as show jumping events. The magazine reported on horse racing matters not only from North America but from around the world as well and won Media Eclipse Awards in 1976-77.
Mr. Tower was also the author of two books: ''The Art of Race Riding,'' with
Eddie Arcaro, and ''Saratoga, The Place and the People.''
Whitney Tower was a resident of Aiken, South Carolina and Saratoga Springs, New York. He died in 1999 at his home in Saratoga Springs, N.Y. of complications from a stroke. He was survived by his third wife, Lucy Niblack Lyle, and six children.
Aiken Thoroughbred Racing Hall of Fame and Museum
"Home of Aiken's Racing Champions"
Information: 803-642-7631
[email protected]
Hours of Operation
Tuesday - Friday 2 pm - 5 pm
Saturday 10 am - 5 pm
Sunday 2 pm - 5 pm
Free admission